Exhibition on the Vienna Circle

The University of Vienna’s exhibition about the Vienna Circle opened at the University of Belgrade on 15 September and will be on display until 14 October. In 2023 it will be possible to visit the exhibition in both Berlin and Paris. 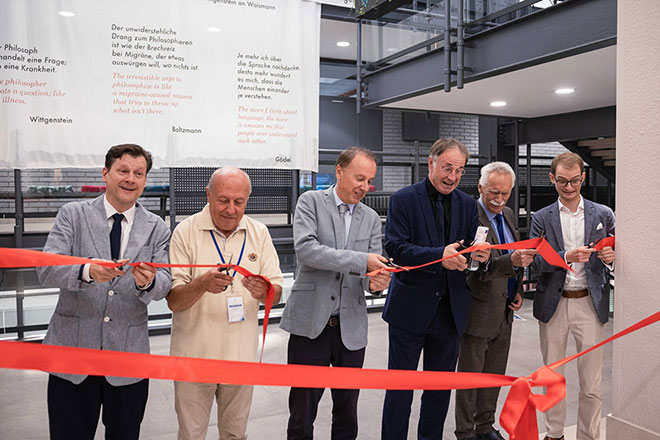 The Vienna Circle was one of the most influential groups in 20th-century philosophy and has had a significant impact on many modern sciences, including information technology and engineering. The exhibition aims to show both the impressive intellectual achievements of the Vienna Circle and the complicated and gloomy historical context, which led to the dissolution of the Circle in the late 1930s.

The Vienna Circle exhibition is on display until 14 October 2022 at the Faculty of Economics and Business of the University of Belgrade, 6 Kamenička Street, Belgrade. Visitors are welcome from Monday to Friday between 10am and 4pm.

If you miss the exhibition in Belgrade, there will be opportunities to see it at two other Circle U. universities in 2023. It will be on display from 10 January 2023 at the Humboldt-Universität zu Berlin. Later next year it will also visit Université Paris Cité.

E-mail this page
>
2022 > Exhibition on the Vienna Circle