Prof. Vincent Blondel elected as new President of Circle U. 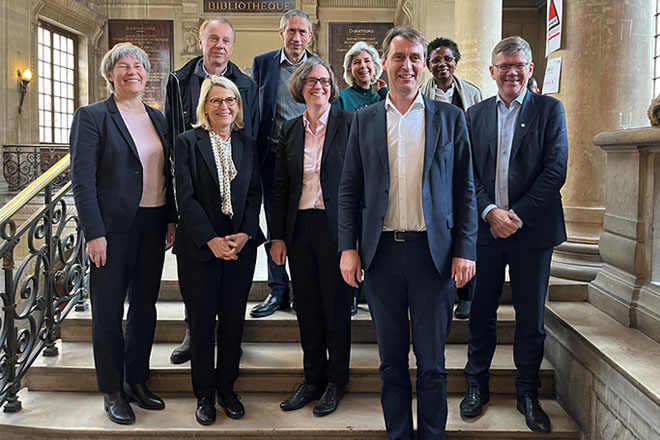 Rectors and vice-rectors of Circle U. universities with newly elected President Prof. Vincent Blondel in front.

We are now entering a new phase for making our alliance a long-lasting reality for our communities.

The Circle U. President is the highest representative of the alliance. The President chairs the General Assembly which is the decision body where rectors, presidents and students make decisions on the strategic development of the alliance. Vincent Blondel will fulfil his mandate for a one-year period; however, the General Assembly has already asked him to pursue his function for an additional year.

Svein Stølen, Rector of the University of Oslo and outgoing President of Circle U. said: “Vincent has played a central role in shaping Circle U. since the very start of its development. Considering the pivotal moment, we are in, preparing the next application and ensuring the sustainable and long-lasting development of the alliance, I am convinced – as all rectors and presidents – that Vincent will be instrumental for our cooperation”.

Vincent Blondel said: “Since our first discussions on the alliance back in 2018, I have been convinced that the European Universities initiative will drive the future of the European higher education and research landscape. After two years of pilot phase and while preparing the application, I am even more convinced that the alliance will impact significantly what we are as individual universities and how we fulfil our missions of education, research and service to society. With this ambition in mind, I am delighted to succeed to Svein and I am looking forward to working with my colleagues to make Circle U. a reality for all.”

E-mail this page
>
2022 > Prof. Vincent Blondel elected as new President of Circle U.